Rachele Barbieri had a top season at Liv Racing Xstra. Our Italian prioritised road cycling in 2022, achieving victories in the Bloeizone Fryslân Tour and Omloop der Kempen. She also notched up four top-ten finishes in both the Giro Donne and the Tour de France Femmes. This winter, she returns to her old love, track cycling.

Rachele joined Liv Racing Xstra last winter, after achieving great success on the track for several seasons. “In 2019, I had my last full road season. After the good talks with Liv Racing Xstra, I felt the confidence and was eager to see how far I could get on the road. The preparation went excellently, although I did suffer from the corona virus at the beginning of the year. In competition, of course, it took some time to get used to the road, which is normal. But soon I noticed the progression. The victory in the third stage of the Bloeizone Fryslân Tour, early in the season, increased the confidence of both myself and the team.”

Our Italian top rider recorded some great results. For example, she finished third in the Scheldeprijs and Veenendaal-Veenendaal Classic. She also finished sixth in Dwars door Vlaanderen and second in the GP Eco-Struct and grabbed victory in the Omloop der Kempen in mid-May. In the following stage races, Rachele again showed her strength. The RideLondon Classique, Giro Donne and Tour de France Femmes were good for lots of excellent results. Rachele showed that she is one of the stronger sprinters in the peloton.

“In the preparation for the season, we worked hard to have a good lead-out. As the season progressed, you saw that the sprint train started to run better and better. I am extremely happy with the support I had from my teammates. As an Italian it was special to be successful in the Giro Donne, but of course the Tour de France Femmes was also very special this season. Unfortunately, I just didn’t manage to get on the podium there in the sprint stages. The enthusiasm of the fans was overwhelming, the arrival of the Tour de France Femmes was exactly what women’s cycling needed.” 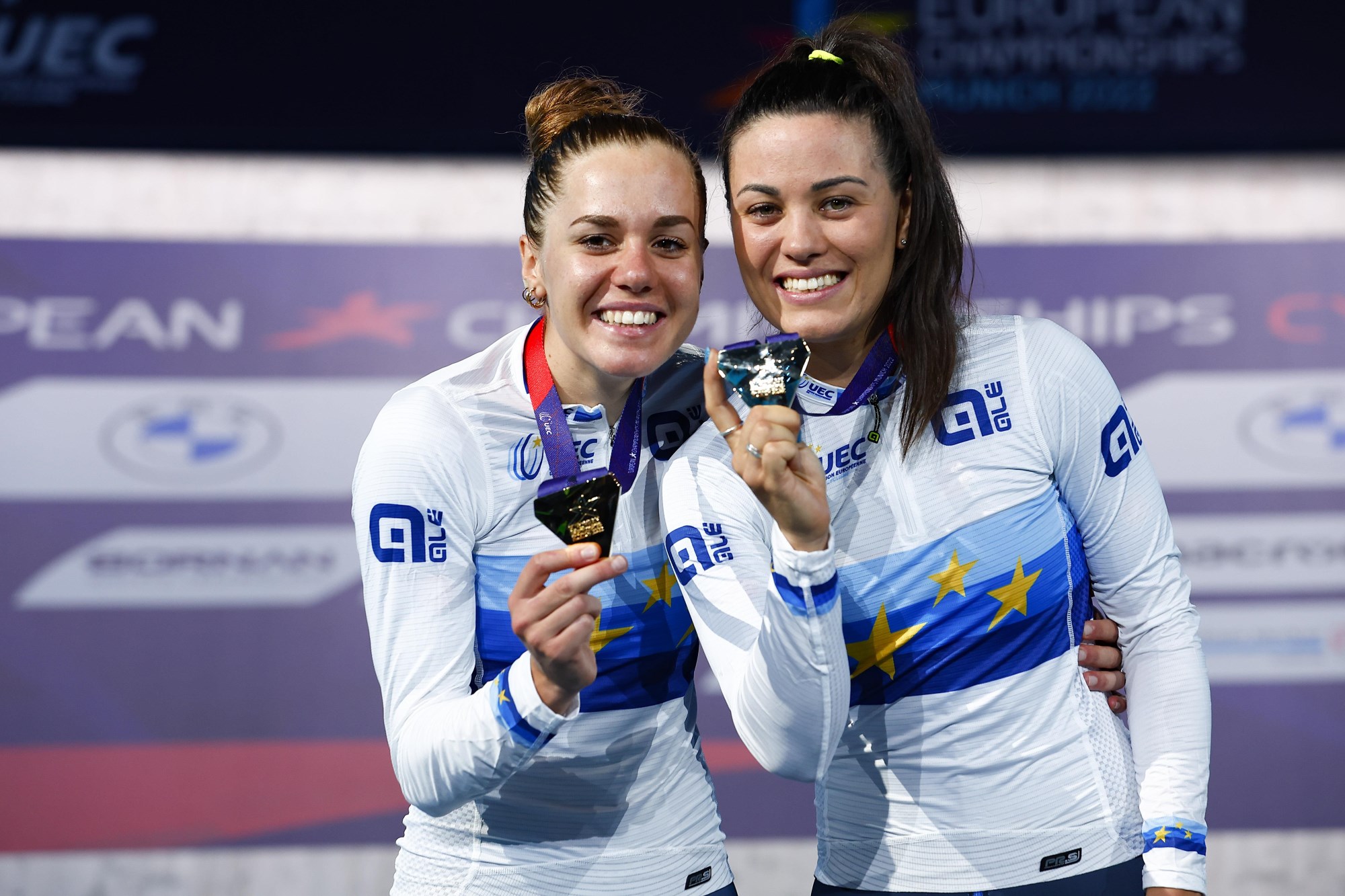 Track cycling
In between the races, Rachele still found space to give attention to her old love, track cycling. She crowned herself European champion in the omnium and madison. “It wasn’t planned beforehand, but coming out of the Giro Donne and Tour de France Femmes, I felt confident that I could be successful there. I was probably in my best shape ever. I was able to take that good feeling to the track and made sure I was successful there too,” Rachele said.

Later this week, Rachele can be watched in the first round of the UCI Track Champions League. The second edition of this event starts on the Spanish island of Mallorca. “I am super happy to have been selected for the UCI Track Champions League. I think it’s a perfect way to spend the winter and get in shape for the new road season,” said Rachele. “Next year, I hope to take the next step and compete for wins even more often in both classics and stage races. This first year focusing on the road definitely tastes like more.”