Neumanova: “This year I learned what it is to ride as a team”

Tereza Neumanova can look back on a great first season in the Liv Racing Xstra jersey. She prolonged her Czech road title and, above all, grabbed her first-ever podium finish in a UCI Women’s WorldTour race. “Remember, this is only my second season on the road.”

Last winter, Tereza joined Liv Racing Xstra. After a thorough preparation, she faced a setback: she was affected by the coronavirus. “But in the following weeks I showed mental resilience and managed to get through it,” she says. “In May, I only had my first real race block with some one-day races in Spain, followed by the Itzulia Women. Those were tough as hell, I felt bad. But the riders and staff supported me, they gave me confidence and that strengthened me. After a week of rest, we started the Vuelta a Burgos Feminas. In the first stage I felt fresh and immediately took second place in the sprint, behind Lotte Kopecky. It was my first ever WorldTour podium finish, and I am proud of that to this day.” 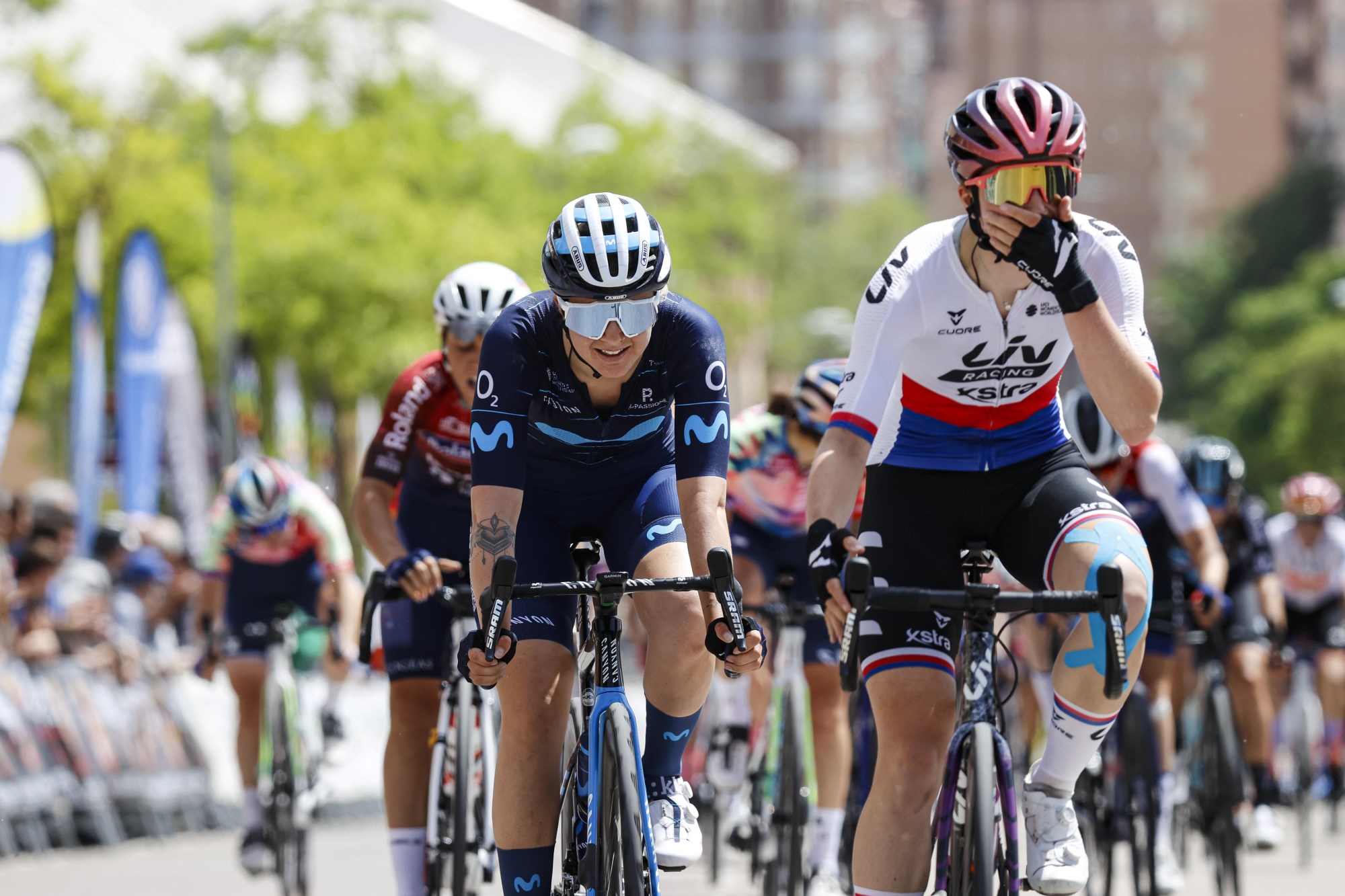 Tereza felt increasingly comfortable at Liv Racing Xstra, the team also proved to be a good learning experience for her. “Two years ago, I was still a full-time mountain biker. After then I started focusing on road cycling. For me, it was important to learn how to ride in a team, how to approach a race tactically. Last season at Liv Racing Xstra I learned a lot from that. This was partly the reason why I achieved some nice top-ten results later in the year, including in the Women’s Tour and the Ceratizit Challenge by La Vuelta. Our team is a real team. We help each other when things get tough, there is a good team spirit.”

At the end of June, Tereza prolonged her Czech road title. “It was a race without teammates around me. I realised: it will be much harder to win here now, because a lot of eyes are on you. Besides, the course was totally unlike the year before. Then it was a flat race. And this time we had to overcome the necessary altimeters. The course of a loop that included a five-kilometre climb and three shorter climbs The race consisted of a lap that included a five-kilometre climb and three shorter climbs, which we rode four times. I hadn’t shown myself on this kind of course before – normally the sprint is my strong weapon – so I was very happy that I could finish it here too, and that under pressure.”

In full preparation for 2023
Our national champion moved to Girona, Spain, last year. There she is preparing for the new season, after spending her off-season with family and friends in the Czech Republic and Slovakia. “By now I’ve been in training for a fortnight and it’s going really well. The people around me are the same as last season, so that feels very familiar. Together we have a clear plan how I can start next year’s season in the best shape. In December and January, we have training camps with the team. And after Christmas I leave for an individual camp to Gran Canaria, where conditions are a bit better than in Girona at that time.”

2023 should be the year of validation for Tereza. “I hope health issues will stay away and I can start the new year at full strength. Although I have never done spring classics before, I think they should suit me well. I would like to get some good results there. It would also be great if I could be on the highest podium spot later in the season. Of course, I am currently proud of my Czech champion’s jersey; I would really like to keep it. And because it is important for Olympic qualification, I would also like to go for the time trial title. Although I don’t know how that will go, because I haven’t competed in that before.”